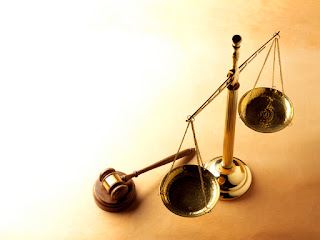 Our battle with the law began sometime in April 2015, when the State discovered - through a "complaint" - that my daughter is not attending school.

We had a visit from the social services so that they could investigate whether there were any signs of neglect or abuse on my part towards the child. The findings and conclusions are not available either to me or my lawyer, so we actually don't know what their opinion is so far.

We are currently waiting for the next move from the State courts, hoping that we will not have to appeal to the European Union on the matter.

There are more and more people in Greece wanting to deschool, homeschool or unschool their children and would do so the next day, if it was made legal to do so in Greece. So far, many have contacted us in support of our battle, willing to stand with us on the matter.

We'd love more support on a global level, as we would like to make the whole subject known to English-speaking people everywhere, especially in Greece, where we are experiencing the school system.

I will be posting updates on the matter, always in cooperation with my lawyer.

So, the Greek State assumes that it's ok to just go in and take the child from its home and the parent because it is not schooled!
With no written document, no consideration that the decision is a conscious one explained in a 128 page document, which the attorney asked for and has received, but doesn't recognize.
The audacity is blinding....

The following is the post immediately posted by our lawyer, as matters are getting out of hand and each day surprises us with yet more irrational behavior by the State Courts...

Yesterday afternoon I was "informed", by the secretary of the District Attorney for Minors, when I called their office, that "if by Monday your client does not bring the registration certificate of the child in primary school, we will remove custody." "Without  a trial?" I asked. "We'll send the police to remove it. On Monday". I asked: "Will you write this  for us, at least that? We do not have a single document from the folder that you have made." She said: "No". And hung up.

No document. At any stage of the proceedings. Neither when a social worker entered  my clients’ house to report on their living conditions nor a copy of the order that was given to do this, nor when we were accepted for a hearing by the Attorney and I spent half an hour explaining the rightful nature of the case and my client explaining the parameters of her highly conscious decision, as a parent to provide out of school, high-level education to her daughter, based on everything she perceives as her and her daughter’s rights, which override legislative power. Nor when she was asked (again informally!) to attend the Police Department (with me) to be reprimanded, although she filed a 128 document  explaining the reasons why, in the best interests of her child alone, she does what she does.

All "informal"! As is the mother's extortion to choose which of her rights she will abandon. Because, apparently, she cannot enjoy all her rights without disproportionate state intervention. With the hypocritical motto of "the best interests" of an 8 year old child, a child outside the school setting, who writes, reads, calculates, can comfortably give a museum tour speaking affectionately on mythology which she has remarkable knowledge of, who has a series of activities socializing normally, the Attorney decides –without considering it necessary to communicate a single document to the affected parties; to violently separate mother and child, not by introducing the case to court, but BY POLICE OPERATION.

They are planning, for a happy and mentally healthy child, to be violently separated from her mother by police operation, which is ABSOLUTELY certain that will injure her irreparably and stigmatize her for life "for her own sake", according to the State .

Having experienced the civil battle to enroll Romani children in school without the substantial support of the State, having closely examined the criminal inaction of the District Attorney as to the de facto supervision of unaccompanied minors for which by law the Attorney is responsible when they are in the country, children who live in the parks and are raped regularly "in custody of the District Attorney", children disappear, possibly sold for organs, children not only do not attend school but are left to roam alone and starve on the streets, exposed to the elements, I am truly shocked by the "aesthetics" of the District Attorney in this case.

I will be visiting the Attorney on Monday morning. If the state persists in the planned victimization, I will request an injunction by a supranational judicial body, possibly not the European Court of Human Rights..